Thought I’d do a quick post to fill in a few details I missed on part one. We really had a lot of fun in the Vancouver area. The suspension bridge and forest hiking was at the Capilano Suspension Bridge. It was a cool place, but a bit pricey. I suppose I would recommend it to first time visitors, however the locals say that there is a place almost like it not too far away that is free and non-commercialized. But, it was a nice place with food, entertainment, and a gift shop. I also liked that it was generally accessible to people not quite as mobile as my wife and I. 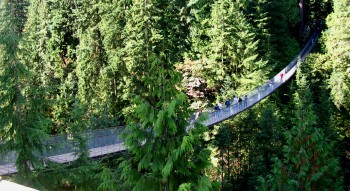 We also did a bit of hiking in Stanley Park. I was just such a cool park, I can’t quite explain unless you go there. Here are a few more photos from the park. One is on the south side taken towards the downtown. The other is on the north side of the park, and includes North / Northwest Vancouver and the Lion’s Gate Bridge. 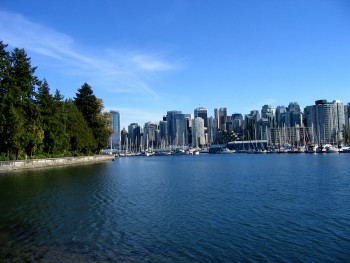 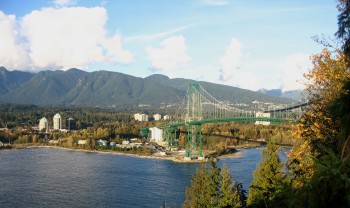 Well, that’s it for part two. I’ll try and get a part three up soon with our journey back home through the Olympic mountain area of Washington. Stay tuned…